- February 11, 2019
Last February I went to Montevideo, Uruguay. We had a 5 day break and we found an inexpensive flight.

This trip started at the end of my chaperone duties. I had just spent 12 days in Europe chaperoning our school MUN trip to Amsterdam, the Hague, and Pairs. We arrived into Quito on Tuesday at 3 pm and I flew out at 8pm.  Before leaving to Europe, I packed a second bag. My co-chaperone took my Europe bag home with her and my co-Uruguay traveller brought my Uruguay bag with her to the Airport.

One of the most important things with so much back to back travel is a shower. The flight between Paris and Quito was 14 hours and the flight to Montevideo was 8.  After checking back in and passing through customs, we purchased entrance to the VIP lounge. I was able to shower and change and then Greta and I were able to toast our trip with sparkling wine and a snack.

We arrived in Montevideo in the Early morning and had to wait a few hours to check into our AirBnB. After February in Paris and the Netherlands, it was nice to be in the warm, humid weather. After we checked in we took a long walk to Cafe Gourmand. It was a fun restaurant with a hearty brunch. We then came back and napped for a few hours. Next up that afternoon was a walking tour. This was a good way to get to know the city. We were the only ones on the tour so it was really personalized for us. We got to learn about the Independence Square and some of the political history of Uruguay. 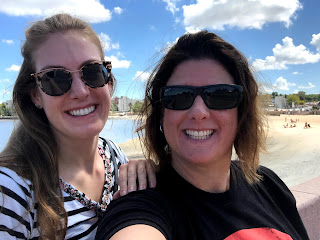 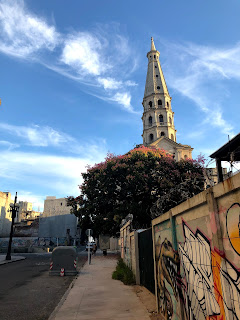 We wandered and found a bodega, the Montevideo Wine Experience that specializes in wine from Uruguay. The bread, cheese, and charcuterie plate was a nice appetizer.
We started the next day renting bikes and we biked the boardwalk by the river (Río de la plata). We biked 11.1 Kilometers from the Ciudad Vieja to the Lighthouse (faro de punta carretas)


We finished the day at the Bodega Bouza winery. Where I had my most favorite Chardonnay.  It was harvest time so we got to see them beginning to process come of their grapes. We also got to taste the tannat and chardonnay grapes. We finished with a multicourse meal pared with the wines produced.


That night we went to Bar Fun for a tango show.

I'm glad we saw the Tango, but it was a tourist show and everything else was only ok. We also had the most disgusting drink. Medio y Medio. 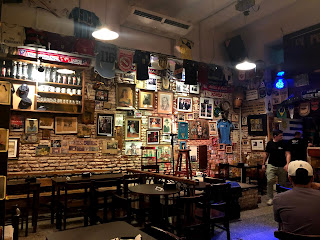 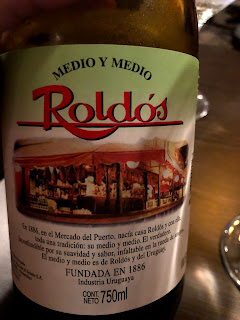 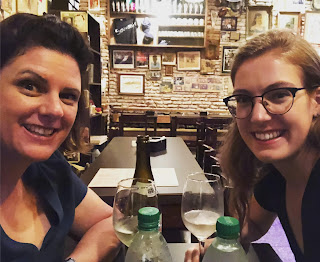 The next day we took a tour to Punta del Este. We were excited to get to see this area, but unfortunately the tour was not what we hoped for. We thought we would travel and see some sights and then get to spend time at the beach. It was a very controlled tour that spent time driving through middle class and upper class neighborhoods where they pointed out houses and living costs. Bizarre. Greta and I made the most of our time and did get to the beach and to see the sights we were interested in. We stopped in Priápolis for the views and we visited Casapueblo constructed by artist Carlos Páez Vilaró.
..
On our last day we visited an all female owned winery Artesana. The owners spent time in Northern Califonia wine country before start their vineyard in Montevideo. They have been cultivating Zinfindale from California vines. This tasting experience began with a tour of the vines and then inside to see the production room and storage "cave".  We then sat outside on a patio and were served a multi-course meal paired with the wines.  It was such a relaxing place and the food was rustic and tasty. 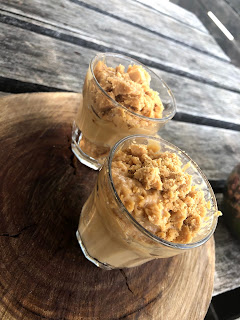 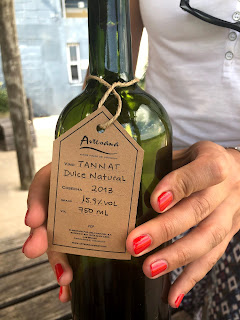 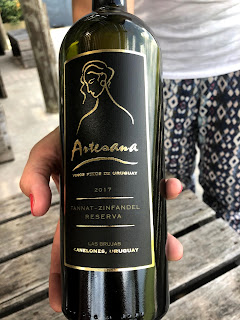 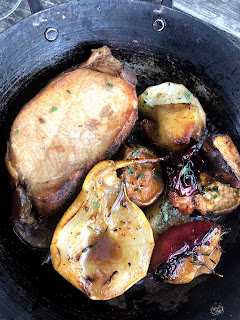 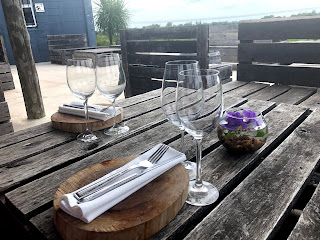 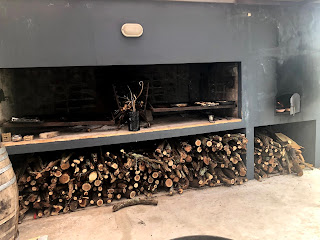 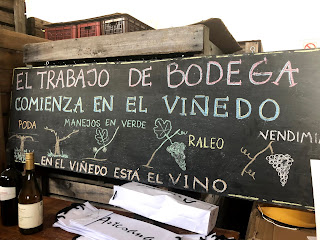 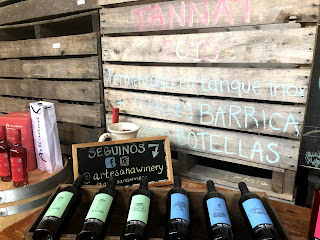 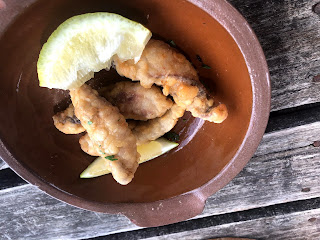 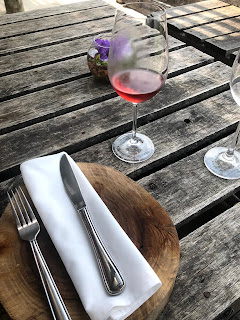 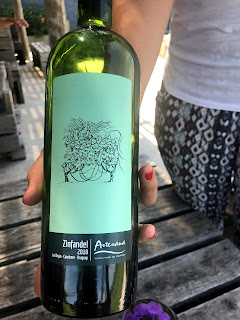 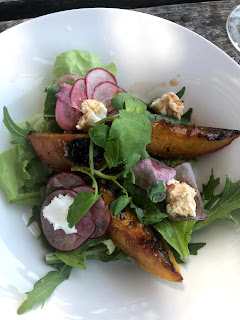 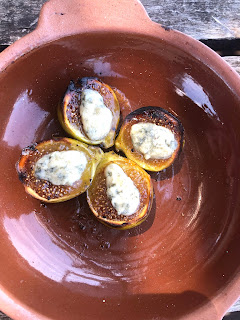 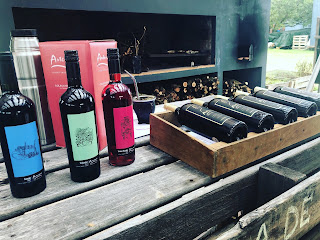 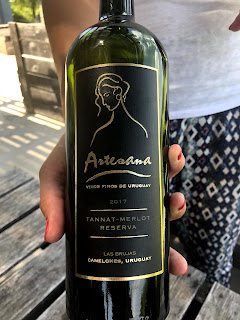 A lovely surprise this morning. I feel appreciated. #leigh365 The "chill pills" are a nice touch.