- October 29, 2019
After 2 amazing meals, a chance to have Starbucks and sleep in. We embarked on the exploration part of our summer. We got up early and gathered our backpacks to meet our Peru Hop bus. 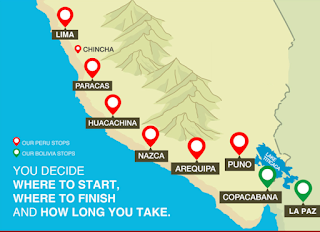 The premise of the Peru Hop tour company reminds me a lot of a cruise ship. The bus has a tour guide and a bathroom (number 1 only). The bus follows a pre determined route and has stops on the way. At each major stop they have relationships with hotels and the traveller can elect to stay the night or multiple and then pick up the bus to continue their journey. You can prebook tours and hotels on their website or you can pay in cash on the bus for excursions and get their help booking rooms at hotels.

We elected to wing it and have the Peru Hop guides book our hotels. There was only one time in the entire trip where we weren't able to get a room at the hotel we wanted. But they were helpful in finding us a room at a like hotel. We traveled with the bus from  June 15-June 22.

The first day was fairly short. We traveled to Paracas via Chincha to see the Hacienda San Jose and the secret slave tunnels. Due to the taxes imposed by the government, the owners avoided paying import taxes by creating an underground tunnel linking the house to the port. Slaves would arrive late at night to be smuggled into the hacienda via the underground tunnel, meaning that the government would have no registration of the slaves in its system. 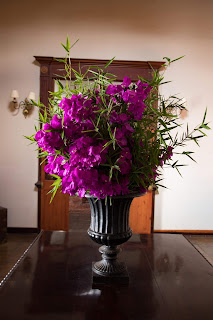 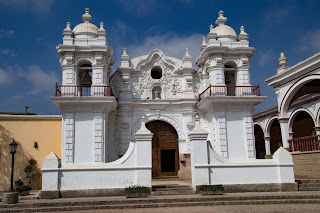 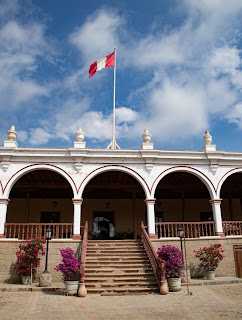 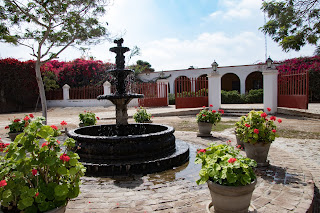 The hotel we chose to stay in in Paracas was clean and quiet. There was a pool and we tried to go in, but it was too cold. 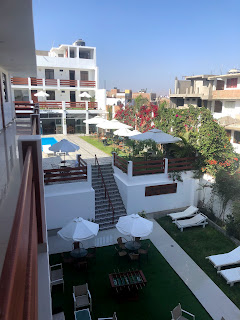 The main attraction of Paracas was the Ballestas Islands (the "Galapagos" of Peru) and the National Reserve.  The town was a touristy small beach town with not a lot of options. We enjoyed more Pisco.

We traveled by boat first thing in the morning to see the islands. The main attractions are the birds (boobies, humbolt penguins, gulls,...), sea lions and the Paracas Candelabra geoglyph. 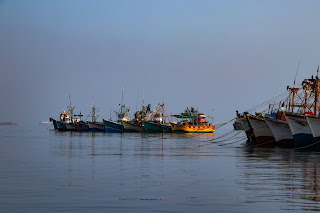 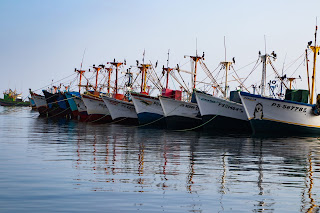 There were so many birds. so. many. birds. On the trip back we were joined by dolphins. 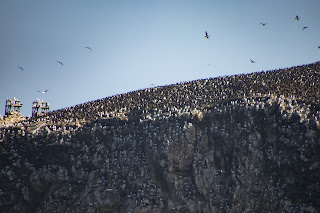 
... After we toured the National Reserve. This is where the "desert meets the sea" 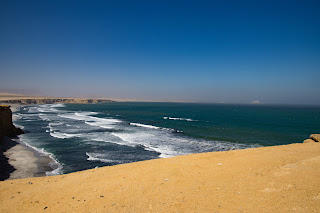 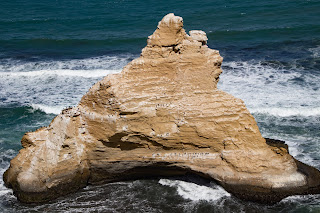 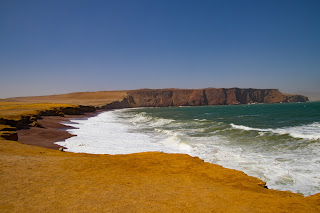 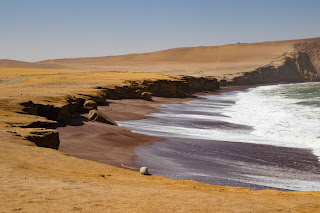 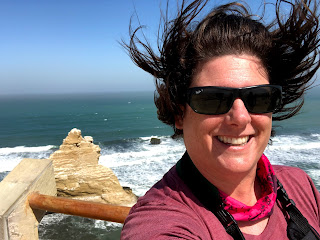 A little over a year and a half ago I learned my friends were moving to Vietnam to teach at an international school. Not only were they taking leave of their teaching jobs in sunny California, they were bringing their 3 children with them. This was my 'kick in the pants' moment. My friends studied in England at the same time that I had studied in Spain. I had always wanted to live abroad again. I had toyed with applying for a Fulbright exchange. I had even thought about teaching at an international school. I was just never able to follow through and make it happen. My friends pointed me in the right direction and a year later, I had signed up with Search Associates and begun my search for jobs.  It took me some time to put my application together, I had to write a statement, gather references, and pay their fee. Then began the waiting process. I started at the beginning of the recruitment cycle (August) and I didn't have a serious prospect until November. Each interview i
Read more